My son has been asking me to make something for him since he sees everything I make for his sister. I decided to step into the world of boy's clothes slowly and simply and I found an quick and easy tutorial at Make It and Love It to turn pants into shorts. 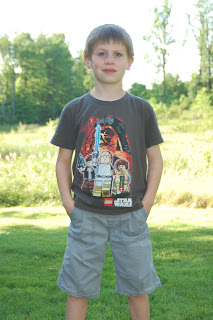 When I first showed them to him he thought I made them from scratch, lol! He had a few pairs of pants that he either got too tall for or got holes in that I was just going to get rid of until I saw that tutorial... 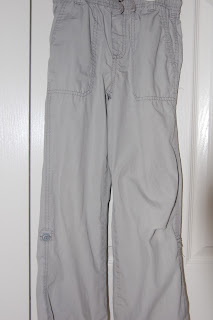 so I pulled out my scissors and double needle.. 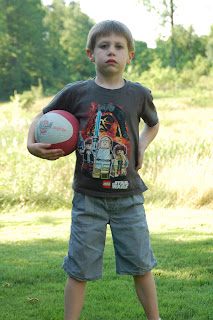 now my boy has 3 new pairs of shorts! Lol, he wanted to look tough with his basketball :)

I have a few other ideas for projects for him too, my first try at making shorts from scratch needs some adjusting (and better fabric choices, right, Jeff, lol) and a few t-shirt refashions I haven't gotten to yet. 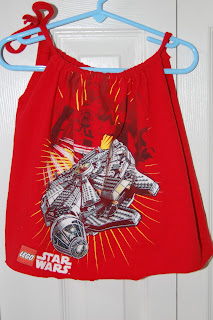 My daughter has been wanting a Star Wars t-shirt and I'd seen this tutorial  a while ago so I gave it a shot. It literally took me 15 minutes and she loves it!

After these easy upcycles turned out so well I'm hunting for some more ideas to repurpose their outgrown clothes-especially because, at their age, they often outgrow things they've barely worn.

RGOriginals
Hi, I'm Rachel. Welcome to my blog where I share my love of sewing! I'm a busy mom to 2 wonderful kids and I'm in love with my high school sweetheart. Follow me as I try to balance our family's busy lives, work, and RGO-my little business selling the things I sew. Thanks for stopping by!